The grey shale area is actually the tropic shale. Your actually looking at the bottom of an inland sea anywhere from 100 to 200 million years ago.

A new Disney pixar movie will be coming out next year it was filmed on the north side of Big Water Utah. The movie is called John Carter of Mars ,its based on a science fiction novel about a civil war veteran that goes to Mars.
Last edited by h2005 on Tue May 10, 2011 7:06 pm, edited 3 times in total.
Top

Also Lake Powell is expected to rise 25ft higher than last year. It should be 45 ft from full pool by August
Top

Awesome. Is this from the return of natural rain(snow)fall, or are they just not letting as much through the dam?
Chazz Layne—dotcom
Top

A combination of both
http://www.usbr.gov/uc/water/crsp/cs/gcd.html 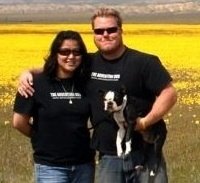 Thanks for the pics and report, I enjoyed them.

I think I have many of the same pictures but they are in the 35mm format, which reminds me of how much I need to get back to this area. You guys remember the hassle of 35 mm film?

I see the BLM has added some signage, IMO that’s a good thing to tell the local history. That Hole in the Rock sign brings back some fond memories of beer, local cowboys, and a whole heard of cows along Hole in the Rock Rd, thanks for the reminder.

You mention the ‘vastness’ of the GSE, and I fully agree, but would like to add you can include most of the surrounding areas to that vastness. It was also mentioned that at least 2 weeks would be needed for this area, but I would like to add seeing it in each of the four seasons changes the look and feel and well worth the effort.

I’d like to mention its best to avoid this area in both the winter and wet times until you have at least checked it out once. This area when wet can develop some bad quicksand pits in the roads, and my WAG is nobody has a good memory of those ‘stucks’ even if they make good campfire stories.

If I recall correctly Michael (who may not want to hang with me after experiencing the fine dinning associated with OAUSA trips) remembers our last run- in with QS while up in the Swell.

Speaking of that Tropic Shale and Hollywood, you can also see that formation in the Movie The Outlaw Josey Wales, which also used the Paria Set in the area. That upcoming movie h2005 mentioned is based on the John Carter series by Edgar Rice Burroughs of Tarzan fame; of course many of you may remember that.

Thanks again for the write up and pictures

Great write-up gentlemen. I look forward to doing a grand expedition like this sometime when I'm as ancient as DaveK and my wife wants me to be away from the house that long. Thanks so much for the trip and report. I, too, am hoping to make a trip or two like this in the near future. What I'd really like to do is convince my wife that all 5 of us need to do something like this. The impact on our kids would be huge. I remember their faces when we stopped at the Grand Canyon last winter and I desperately want to keep that inspiration going.
{ slavin photography | KJ6LDF }
Top

Thanks everyone for the nice comments.

Cleaning up after the trip I realized there were 4 areas I left out of the trip report that should be mentioned:

1. Nearly every night, Hector and I set up our HF stations. Hector’s set up was integral with his trailer and was very well thought out. His combination of a receiver for the antennas, plenty of batteries for power, and an inverter, made for a very slick operation. He had a set -up whereby he was able to do HF and VHF off of one antenna, allowing us to beacon for APRS for the member of our group that joined us in the middle of the trip as well as make HF contacts, all at the same time. Hector was routinely making contacts, all of whom expressed increased interest when they learned where we were. My focus with HF was primarily with Airmail, but I did manage to squeeze a couple of voice contacts into the trip, including to Tom’s son in Michigan (or thereabouts). Propagation for Airmail had never been better. In fact the signal to the station I used primarily, was so strong that I was able to get throughput speeds 3 time the best signal I have ever seen. 
2. Alternate power got a good work out during the trip. Michael set up his 85 watt panel on a very clever bumper mount which allowed him to angle the SP for the most efficient use of the sun. Set up time was minimal and it allowed him to run all of his accessories and offer power ports to others who needed to charge up their batteries. I think by the end of the trip, everyone had added solar panels to their list of equipment for the next trip. These are pictures of the two SP set-ups that we routinely used at camp. 3. Weather during the days was sunny and comfortable, and even a bit warm at Lake Powell. There were a few evenings, at the time when we would normally do dinner, when things got cold. As Michael observed, we planned for and prepared some really great meals. When the mercury dropped, one of the things that helped to make sure that the meal was a success was a cooking method that kept things hot. Tom and Frank both cooked meals with Dutch Ovens and I used the pressure cooker. One thing that we could always count on, even when it was cold, was that the food would be piping hot when we dished it out.

4. Lastly, a personal thanks to Hector. He’s got more gizmos in that truck and his trailer that you can imagine. On the few occasions when we were near enough to a big city where there was air card reception, we were all able to log on to Hector’s wi-fi and have access to the internet. Quite impressive. Hector always was there to help out anyone who was having a problems with their equipment. A big thanks from all of us!!
DaveK
K6DTK

Extremism in the defense of liberty is no vice.
Moderation in the pursuit of justice is no virtue.
Top
Post Reply
32 posts