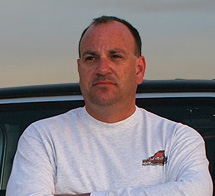 I spent 5 days in Zion NP a few years back and this is my story, My last full day was going to be spent hiking the Narrows/Virgin River area at the north end of the canyon. This hike is almost completely in the river the entire time. You can go as far as you want to, it's quite the adventure, or soon will be!

I spent 6+ hours hiking the narrows, about 3-1/2 hours and miles up and then only 2-1/2 hours to get back down. At the start of the Narrows there's been a rock cairn temple built by people going up the narrows. I built one for myself, I should have built two! The trip was quite fun, the freezing water, and a beautiful canyon seems to numb ones senses.

On my next to last turn to being done I was walking with a family and we encountered two little rocks and they were going between them and I said I'd just go around them towards the middle more. The dad says "I think it's kind of deep over there". I was like "I'm OK". The deepest I had encountered all day was waist high so I wasn't too worried, boy was I wrong!

As I start around the rock I can feel it slipping downward in front of me. I started to put my hiking stick in front of me and all of a sudden the current grabbed me, I thrust the camera into the air thinking I would only go so deep and stand up, WRONG! The current slammed me face first into the river. I see me going under with the camera and at that point everything went upside down. A camera in one hand, hiking stick in the other, a backpack on as well as sunglasses. So there I am getting thrown down the river, tumbling over and over. Here I am trained in swift water rescues and I'm now the victim and I'm starting to drown! Every time it would roll me I'd try and get my bearing and get my feet pointing down river to stop me. The water is maybe 2-3' deep but moving fast enough I can't stop. I look down river to see if there's anyone that can stop me when about then I got turned around and stopped myself. I had went about 200' by this point.

The first thing I did was sit on a rock, look at the camera. It was fine, well except being wet and missing a lens cap. The camera was turned off. I wasn't bleeding or broken. Still had my pack, stick and sunglasses. I sat for probably two minutes and the 10 people behind me hadn't said a word. Finally I get up and turn around, the looks of shock on their faces I will never forget. Finally someone asks if I'm alright and I reply yes except for my ego. They said they'd never seen anything like it and they all just froze. Gee thanks! LOL

So a long story short, I managed to dry out the memory card and retrieve my photos, that was my biggest concern. The lens on it, the stock 17-55 is toast as it got moisture in it.

I assume the 20D is dead I dried it for three days and then put a battery in it and turned it on. First thing it said was "no cf card". OK cool, put cf card in and turned it back on and got nothing. Switched batteries and turned it on and the mirror sporadically moved up and down then stopped and nothing showed in the menu. I'll gave it a few more days and tried again, nothing positive. I'm sure my 20D has seen better day with all the use I gave it!

Overall a great trip except for the 20D incident. If you've never been to Southwest Utah or the Valley of Fire I highly recommend them! Would I hike the Narrows again and with my 40D, you bet, but this time not get in a rush and listen to someone else's advice. I think I was so near the end and after 6-1/2 hours that my caution was going out the window and I was rushing myself more than I should have, where prior I was being very cautious!

Below is the last photo I took. You'll notice two little rocks jutting out of the right side near the far group. Go between these rocks, to the left is a deep hole! LOL

Awesome story, I've done similar fly fishing. At the time I was a teenager and thought I was a goner.

Glad to see you survived an event that could have had a much different ending....just goes to show you that even with proper training and experience, s**t happens 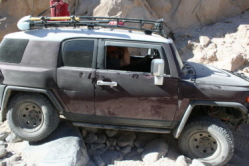 S**t happens, sure. But 'tired' happens at the end of a long journey, and that can throw off your game as much as alcohol impairs you. We really need to work to stay alert and use good judgement when 'tired' happens. When s**t happens, well, that's unavoidable.
Stoddard (Bruised FJ)
KV6WTF
Top
Post Reply
5 posts • Page 1 of 1

Users browsing this forum: No registered users and 3 guests