by Arkarch
I arrived shortly after 10 pm after spending the afternoon with family down in Anaheim. After meeting up with old and new friends, I set up for some night time photography with a new camera setup. Finally got-on-the-air shortly after midnight and finished up at 5:00 am. Headed around the bend the east end of Big Bear City to sleep it off at a friends cabin. Got back to 7-Land around 9:00 pm Sunday.

Fun, Cold, Fun, did I mention Cold! I'll be back, and likely make a run to BorregoFest this year. 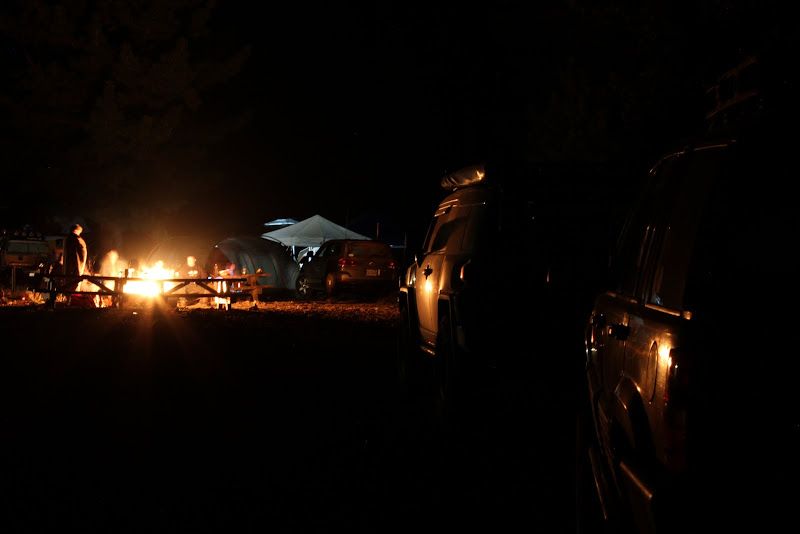 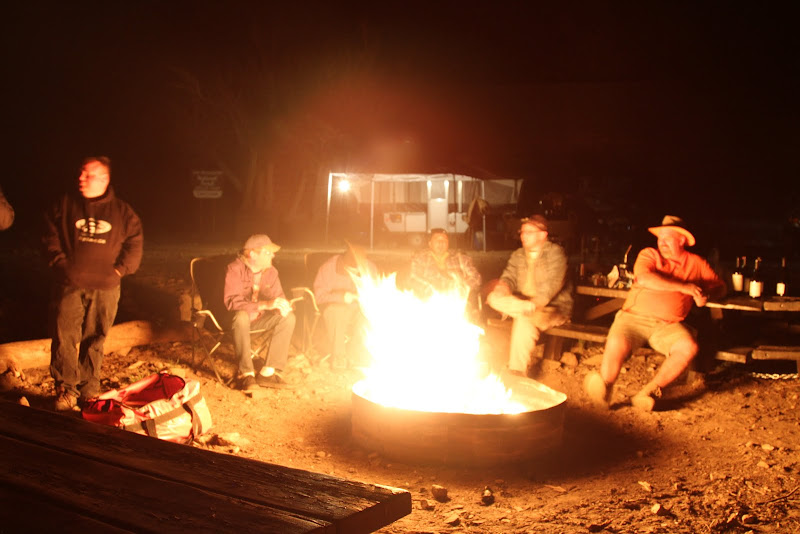 The view of Palm Springs below 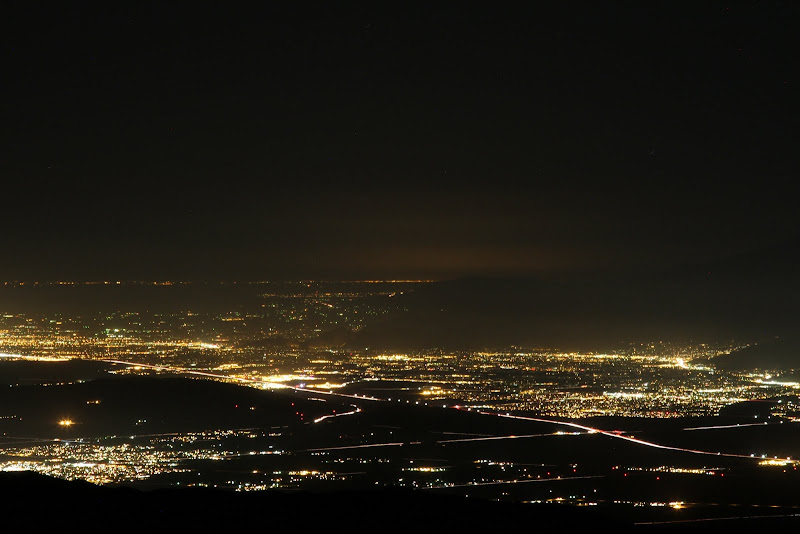 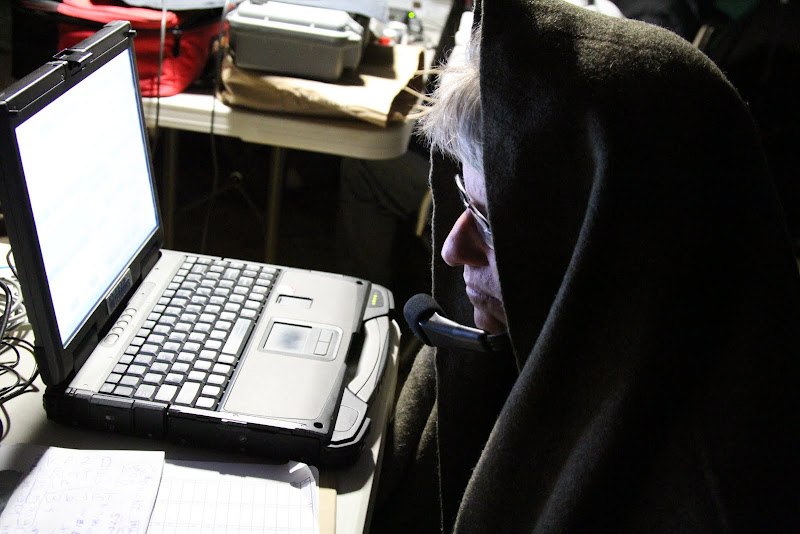 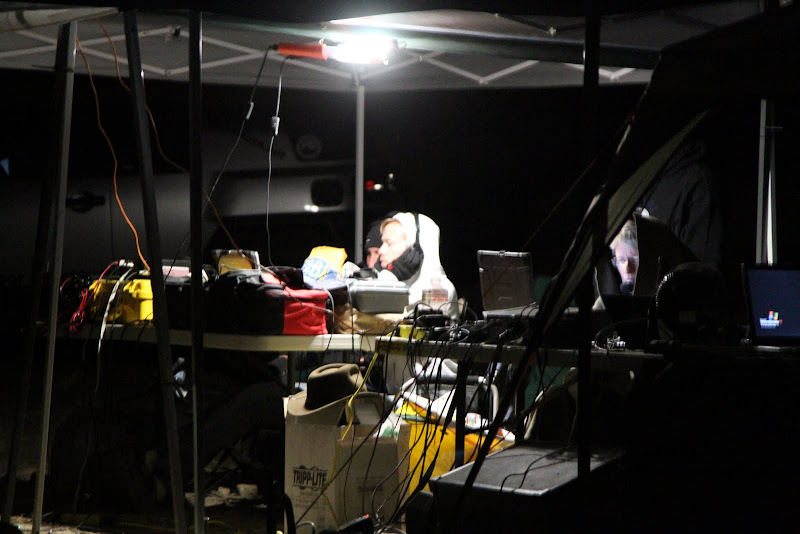 From the radio room 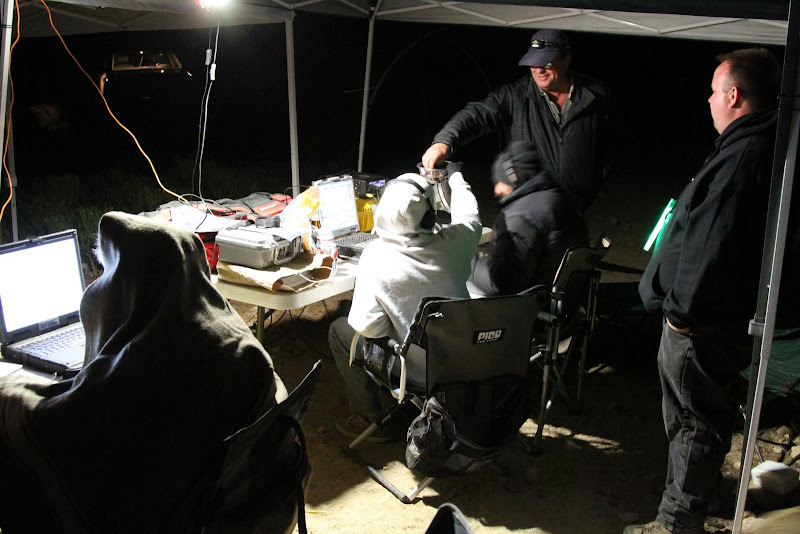 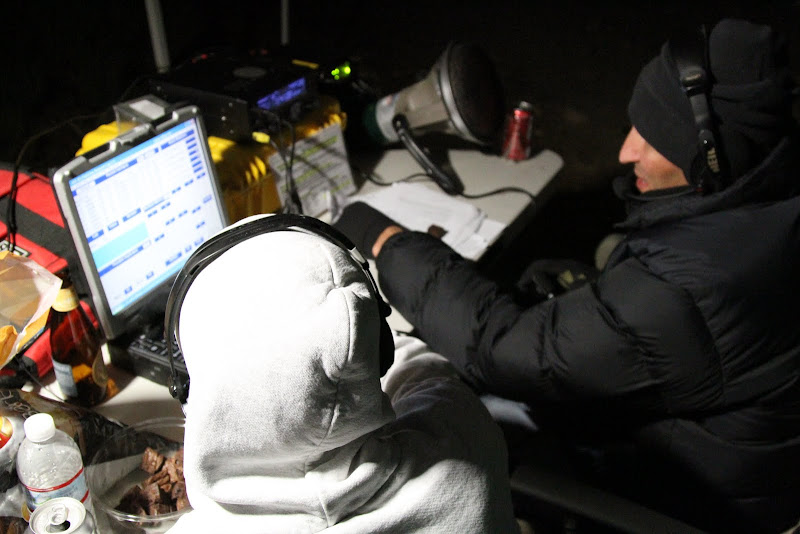 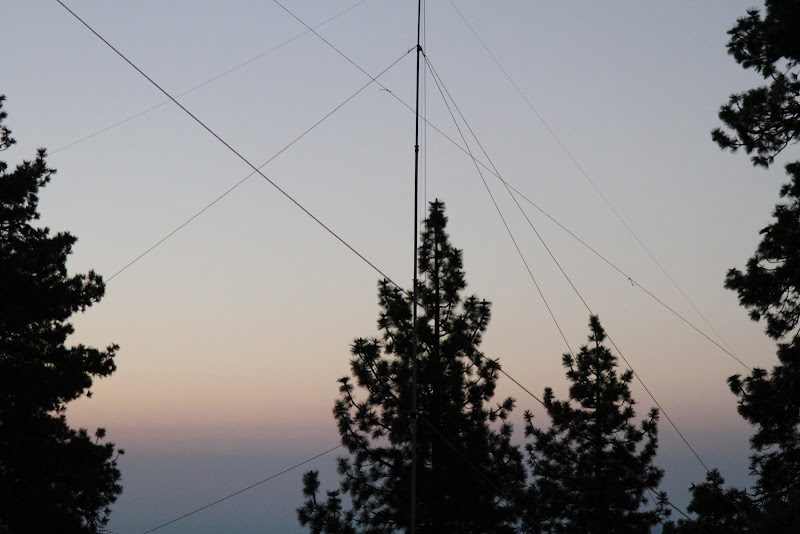 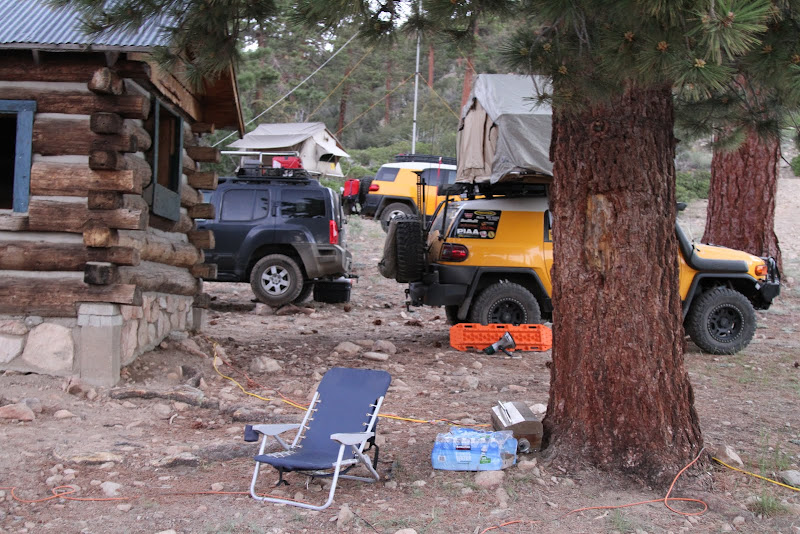 by Arkarch
Did we have an unofficial contact count for Field Day?

by OLLIE
I believe it ended up being about 430. Last year was only 301 so we beat last year's. Maybe Hector or DaveK can give us the official number.

by xtatik
Great pics Karl and thanks for keeping the torch lit through those early AM hours!
Hopefully we'll see some more pics from the event, cuz my dumb___ forgot to bring a camera.

OLLIE wrote:I believe it ended up being about 430. Last year was only 301 so we beat last year's. Maybe Hector or DaveK can give us the official number.

We ended up with 420 contacts. Considering we made 40% more contacts, with 40% less stations in action, we had quite a large gain over last year, even with the location's limitations. WE have already been talking about ways to improve even more next year - location alternatives, more exotic antennas, using a DX-pedition style of setting up cots at the stations to rotate operators while still getting some shut-eye, etc...eventually OAUSA will become a Field Day force to be reckoned with !

It was also nice to see more folks participating at the radios this year, which to me is part of the reason to hold a Field Day event.

I had a great time working 40 meters this year, and got a chance to familiarize myself with the operation of my Yaesu FT-450AT. It is amazing how sometimes newer technology can make a huge difference - I was able to dig out stations easier than with the Kenwood TS-690S I used last year (Thank you, Randy, for your advice and assistance with radio selection

Watching Randy pop together a 15 meter dipole antenna virtually out of thin air after the original (store-bought) unit failed, was a highlight for me. And as Jon can attest, Randy's creation worked awesome !!! Part of the reason many are attracted to amateur radio is it is one of the few hobbies where you can build your own equipment, and use it to often superior result when compared to commercially available products. This hobby is a gadget-lover's dream, and observing and listening to Randy has taught me a lot about the practical application of many technical ideas.

We had great group of people this year, and from set-up, to operating, to pot-luck, to tear-down, everything went very smooth, thanks to everyone's willingness to help where ever they were needed.

by salad_man
Great times with great friends at a great event. The 40m was really kicking butt there in the beginning with Larry and I

. Cant wait to see what it all breaks down to, and also agree on a new location next year

by xtatik
Thanks for the kind words Larry.
I personally want to thank all who helped in getting the wires in the air and especially to those who operated the radios. I'm not going to attempt naming everyone for fear I'd blow it and accidentally exclude someone. You all know who you are, and what your contribution was, and I just want to acknowlege everyones efforts.....Great job!!

After lasts years event, I was somewhat skeptical about how things might turn out for this year. Don't get me wrong on this...last year went very well for a first event. I think most of these doubts were having to do with how many operators we might actually see participating. After this year, any reservations I might have had, are gone. I think working as a 3/Alfa helped us this year as we had nearly round the clock operators.

Seeing Jon make that Saturday afternoon blitz on 15m was killer. Watching the logging software through those hours, I saw Jon's initials stacking up on the screen at a nearly 5-to-1 ratio at one point. He was cookin' the E-layer as 15m finally decided to open and give us a break.
Our 20m Band Captain Hector and his operators ran into the same wall that last years team hit on 20m. Right from the start, 20m was wall-to wall QRM as the band was insanely congested with signals. And, unlike last year where the band settled a bit...this year the 20m crew had to deal with this level of activity (congestion) throughout the event. This made pulling out individual signals extremely difficult. From a QRM standpoint this is by far the most difficult band to run on Field Day...it's The Big Gun band. For all that they logged....good job on 20 guys!
40m Captain Larry, and the 40m station operators worked steady and consistent and the 40m team looks to be the highest grossing station of the event for us. 40m seemed to run 24 hours, where 15 and 20 saw some periods of little to no activity/propogation.
And then, there's Karl.........the wee hours torch bearer. He personally kept K6OAU proudly and competitively operating while working through the worst band conditions and the worst operating conditions.....DXpedition-worthy effort Karl....Thanks!
Next year we will move the event away from the "granite bowl" at Coon Creek. This in itself will give us an advantage toward beating this years score.

Now bring on the pics. Does anyone have more daylight hour pics of the operating stations?

by OLLIE
I took several daylight pics and will have them posted up tonight. I took pictures of each station at various times.

by OLLIE
Field Day does require some manual labor...