Past or present, share your outdoor adventure reports with us here. We want to read all about them. Share pictures, videos, etc.
Post Reply
2 posts • Page 1 of 1 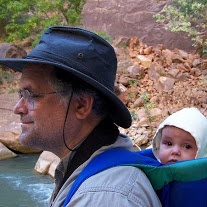 We started at the west end of the trail. It had snowed two nights before, so the snow was still resting on the tree branches, and the snowplows were still working on the paved roads. Because we were in a 4WD, we didn't need to put chains on at the CHP stop, and drove up to the trailhead with our normal tires. As we left the plowed road, we switched to 4HI, and had no problems. My wife Maria especially enjoyed being out in a snowy forest, some thing she misses from growing up in Massachusetts.

At the trailhead, even in 4LO, we started sliding, and decided to put on the chains. After airing down, we met another couple, Justin and Sabrina, who were also planning to drive the Holcomb Valley trail, and decided to travel together. They were very nice, showing us some places they'd seen before and generally being great people. They also told us of their favorite burger place, Get the Burger (http://www.gettheburger.com/). Their description made it sound like something we'll have to try, although we wanted to check out trails in the other direction this day.

Holcomb Valley trail is pretty easy. There were a few places where a high-clearance vehicle came in handy, but no real obstacles. There was one curve where it was icy enough we both slid to the inside corner and had to drive hugging that wall until it flattened out, but that was the worst of it. Without the ice it would not have been anything to notice. We saw a few deer, and tracks from rabbit, coyote, squirrel, and birds (including a takeoff wipe).

The east end of the trail is near the dump north of Big Bear. Perhaps it was the snow, but I wouldn't have known it was a dump except for the sign.

Re: Holcomb Valley in Winter

Camping and four wheeling in the winter (and in the snow) is one of the very best ways and times to enjoy the outdoors. It sounds like you had a great trip. I see that you had included some pictures for your trip report, but for some reason, they did not make their way to the post. The most common reason for this is that the file is too large. I think that the size limit is 2.5M, and if you can resize it, we can get a better idea of your adventure. PM me if you have any questions.

Thanks for posting this trip report!!!!!
DaveK
K6DTK