Past or present, share your outdoor adventure reports with us here. We want to read all about them. Share pictures, videos, etc.
Post Reply
3 posts • Page 1 of 1 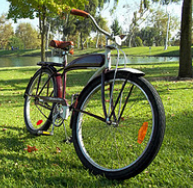 Well, the trip was great fun, but one of total failure in two areas, fish and radio …

We stayed at Chimney Peak one night and it was a in great shape. In the past, I have had folks hit Keller Peak from there and be able to talk out to folks on the 395. This did not work this trip. I could not get Big Bear from there either. I did babble on Big Bear to almost Kramer Junction, so that was good. Big Bear (K6BB) is usually how I talk back to home in OC when I can. Anyway, we didn’t really set up camp here (I slept like a baby in my bivy) so in the AM we were up with the sun and gone in minutes!

Monache Meadows was its usual beautiful self. The water level is very very low. We only saw suckers in the water and we tried hiking upstream to look for pools but what there were would not yield dinner. Fishing is not good there just now. I had to eat my punishment meal of canned soup and Sky Flakes (best cracker ever)!

Radio wise I forgot to pack my painter’s poll mast and a series of other calamities left me mostly off HF. Field Day, most of the folks on air had more power and all, so it was very hard to get out. 20m was just full of people talking over one another and generally making it no fun (the thing I do not like about such events still holds true – they should limit the frequencies they can use for event so others can still enjoy the rest). In digital land, there is something I have setup wrong in my little Winbook. I do not think my signal going out is very good. It works very well with my laptop (but that was left at home in favor of the Winbook). I was able to get out enough to check mail, but when I tried again to send replies, it was gone . . .

Trails in and out of the Meadows are in fine shape, didn’t even air down. Had a great off the beaten path campsite., great weather and not many people there. So it was quiet and fun. Yesterday was one of the easier rolls down the 395 I have had.
Oh, on the way up I was hungry. A friend had suggested the Thai-Lotus Restaurant in Hesperia . . . pretty good for, well the Victoville area . . . Bear Valley and Hesperia.

Also, they have new outhouses at Blackrock Ranger Station. The old wooden ones have given was to modern cement ones that are clean and smell like flowers! True story!
Local Repeaters On Which You Might Find Me (K6DOB):
Top

I hope to go through them this weekend in Big Bear. I didn’t take a lot of them. I get distracted … then forget ...

Maybe next week I am going to getthe radio out again, with the mast and all, down at the beach someplace in OC and see if where I think I went wrong is indeed where I went wrong!

June wasn't my month I think!
Local Repeaters On Which You Might Find Me (K6DOB):
Top
Post Reply
3 posts • Page 1 of 1