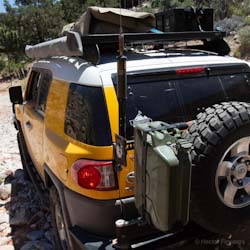 Here is the latest hearing on the California ban on magazines in excess of 10 rounds.

What do you think?

Becerra’s counsel recommends that you can have as many 10 round magazines as you want to defend your home. In the middle of the night as I confront intruders while standing in my underwear find it hard to carry several magazines to reload.
Hector Figueroa
Toyota FJC
Kenwood TS-480HX SCS DR-7800 Tarheel 2
Yaesu FTM-400XDR
Top

Keen observation. It is disappointing that this kind of logic and common sense are such a rare commodity.

If I were so bold as to add one more dose of common sense and logic, I would observe the following. If I understand Mr. Bacerra’s comment correctly, it would seem that he is claiming that having as many 10 round magazines as you want is as effective as having a higher capacity magazine.

So, if that is true, then what in the world was the purpose of the 10 round limit. One need not posses extra IQ points to answer the question.

Oh, yes, there were a number of other revealing comments, most of which will be saved for the net, but there was one that stood out. When the Attorney for the State of California was asked (by one of the Justices) if the ban could be extended from a 10+round ban to a 1+ round ban, his response was priceless. He "thought" it might be unconstitutional. That's mighty comforting!!!
DaveK
K6DTK