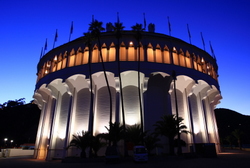 When will people learn that it ain't Disneyland out there. Wildlife is wild, dangerous and unpredictable. Too many so called "experts" claim they can read the bear's attitude, so they can photograph, study, get close, live with them etc--and many become part of the food chain.

As an aside, did I miss the last rites around here?

Unfortunate, but I'm sure it was a calculated risk. I doubt he was ignorant of the danger.
Top

These guys were alone in the back country, too. The lone backpacker in Denali ignored the instructions given to him concerning bears and he paid the price. These deaths, while still tragic, could have been prevented. Its not like they just were out and suddenly came upon a bear; they were going out of their ways to study or photograph them and weren't carrying better (or any) protection.
-John Graham
1989 YJ & 2000 TJ

ssc wrote:When will people learn that it ain't Disneyland out there. Wildlife is wild, dangerous and unpredictable. Too many so called "experts" claim they can read the bear's attitude, so they can photograph, study, get close, live with them etc--and many become part of the food chain.

As an aside, did I miss the last rites around here?

I suspect that we are seeing the results of years of humanizing wild animals (Walt Disney). The news reports said the victim ignored the requirements of his permit for visiting the area by getting too close to the bear. I guess the Country Bear Jamboree wasn't working well that day.

Excerpted from the article: "Photos on the camera and the images' timestamps showed that White was within 50 yards of the bear for at least eight minutes, without retreating. Permitted backcountry travelers in Denali are required to stay at least a quarter-mile from bears and leave the area if they happen upon one, Anderson said.

"The photos show the bear grazing and not acting aggressively," Anderson said"

Being in bear country is no big thing. Loitering on Grizz turf (especially in the presence of males) is a big thing....best to keep moving and avoid looking flighty. Sounds like he might have tried to run. Grizz loves that....people look more appetizing when they run away. Experienced hikers deal with bears daily and experienced hikers don't linger within 50 yards. Well, grizz anyway...black bears, no worries.
Here's a similar situation. From the description of the place in the article, it sounds very similar to the terrain and scenario set up in this video of Andrew Skurka......but with a very different outcome. In most cases, common sense and a more confident attitude is key. Be careful...the embedded link on this page does contain some profanity. The page will also warn of such.
http://andrewskurka.com/2012/i-scared-t ... literally/

It's true there are a lot of self-proclaimed experts, but I don't know of any that would suggest "they can read the bear's attitude, so they can photograph, study, get close, live with them etc-". Some will study and tell you they can read an animals behavior, but they also know that animals (as well as humans) can be unpredictable at times. That's the Timothy Treadwell experience, and true experts concur that he was bat$h!# crazy.
Randy
K6ARW
Top

Thanks for sharing this information Randy. People like this remind the rest of us how unpredictable natures creatures can be and how unintelligent humans can be.