KM6OJB - Please check me in
Thanks
Joe
Top 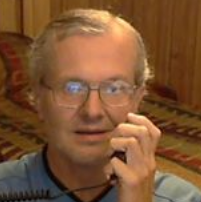 I'm not a prepper but I find comments interesting....So yes session two will be interesting.
Top 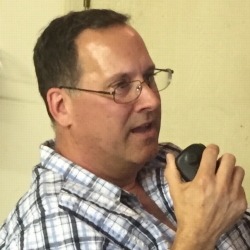 Reverse Osmosis
[reverse osmosis]
NOUN
chemistry
reverse osmosis (noun)
a process by which a solvent passes through a porous membrane in the direction opposite to that for natural osmosis when subjected to a hydrostatic pressure greater than the osmotic pressure.

My first job as a welder was running the shop of a reverse osmosis company. We made systems for use under a kitchen sink all the way up to room-sized units used in hotels.

With one of these units, you can extract fresh water from the foulest water source that is so pure, it contains vertically nothing but H20. The water tastes strange due to its lack of minerals and the other impurity’s typically found even in bottled water.

The unit below, as with all “RO” system take an inordinate amount energy to produce a given amount of water, whether it is electricity as someone stated or mechanical(human) power. When it comes to crowded fields for products, flashlights certainly have earned a spot at the top. And, in case you've wondered, this is a very good thing, because in most cases, it is the consumer that benefits when there are a lot of players, making a lot of products. Free enterprise, baby!!!

A little history, if you please. While the much older style, regular alkaline AA and AA batteries are still in use in many flashlights, the current trend is heavily weighted in favor of a much more powerful and long lasting battery, the 18650 Li ion. It's benefits are many and it's no surprise that it has become the (or one of the) most popular energy sources for handheld flashlights in the market today. It's capabilities are so impressive that the 18650 battery is not only used in flashlights, but some car makers use them (and lots of them) to power their electric vehicles. As time has passed we have seen the amp hour rating of the 18650 increase from 2400 mAh to 3700 mAh in a matter of a few short years.

Just a quick note here: The battery designation (18650) is not an arbitrary number, but a reference to the external dimensions of the battery itself. So an 18650 battery is 18mm in diameter and 65mm in length. No idea what that is in inches, but you get the picture.

Back to history, and in this case, current history. As with most things these days, they improve. In the case of batteries, we seem to be following the famous words of Tim the Tool man Taylor - MORE POWER!!! Yep, bigger is better!!! Drivers want more power, flashlight users want more power, and so do we. The result is that there is a never ending quest to build a better, more powerful battery, and that is where a certain new battery has been making an impressive appearance in the last couple of years - the 21700 Li ion battery. Just a tad bigger in physical size, but a significant leap in power at 5000mAh.

One of the first to employ the 21700 battery in a flashlight is the Fenix company with their new PD36R blaster, capable of producing a 1600 lumen light for almost 3 hours. For a few pennies less than a C-note, you can be the proud owner of the current king of the hill. I know that one will be riding on my belt, and soon.

The specs are impressive, both in terms of run time and light power. From the Fenix website (https://www.fenixlighting.com/product/f ... lashlight/) Check in -thanks - Bernie
Top 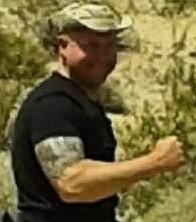