Here is Senator Feinstein's position on National Reciprocity. Keep in mind, Senator Feinstein held a CCW permit in California for many years, and allegedly gave it up only after it was brought to the attention of the masses (via a FOIA request) that she was supporting legislation that effectively denied law abiding Californians the same right to protection that she had (but thought others shouldn't have, at least in her mind).

Thank you for contacting me to share your support for the “Constitutional Concealed Carry Reciprocity Act of 2017” (S. 446). I appreciate the time you took to write, and I welcome the opportunity to respond.

On February 27, 2017, Senator John Cornyn (R-TX) introduced the “Constitutional Concealed Carry Reciprocity Act of 2017”. While I understand that you support this legislation, I am concerned it would allow an individual to carry his or her weapon into California even if they didn’t meet the safety requirements needed in our state. In so doing, this legislation would enable the concealed carry laws of one state to nullify the laws of other states which have stronger safety restrictions on concealed carry permits.

It is my belief that concealed weapons laws that may work in rural areas may not be suitable in urban areas. What is good for Alaska or Wyoming may not be good for California or New York. The problem with a federal policy mandating concealed carry reciprocity is that it would usurp the right of states to grant concealed weapons licenses in the manner, and to those individuals, that they see fit. For example, it would force California to recognize concealed carry permits issued by the State of Alabama, which does not require an applicant to undergo training to safely operate a firearm. Therefore, I strongly oppose concealed weapons license reciprocity.

While we must respectfully agree to disagree on this issue, knowing your views is important to me and I appreciate hearing your perspective. Should you have any other questions or comments, please call my Washington office at (202) 224-3841 or visit my website at feinstein.senate.gov. You can also follow me online at YouTube, Facebook and Twitter, and you can sign up for my email newsletter at feinstein.senate.gov/newsletter.

Re: Senator Feinstein's Position on Reciprocity 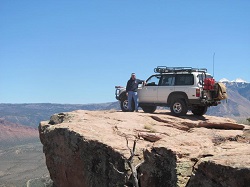 Re: Senator Feinstein's Position on Reciprocity